The stage space becomes the protagonist of a tribute to the world of theater masterfully staged by one of the most acclaimed European dance companies.

Thanks to Teatro Alighieri in Ravenna for the kind collaboration. 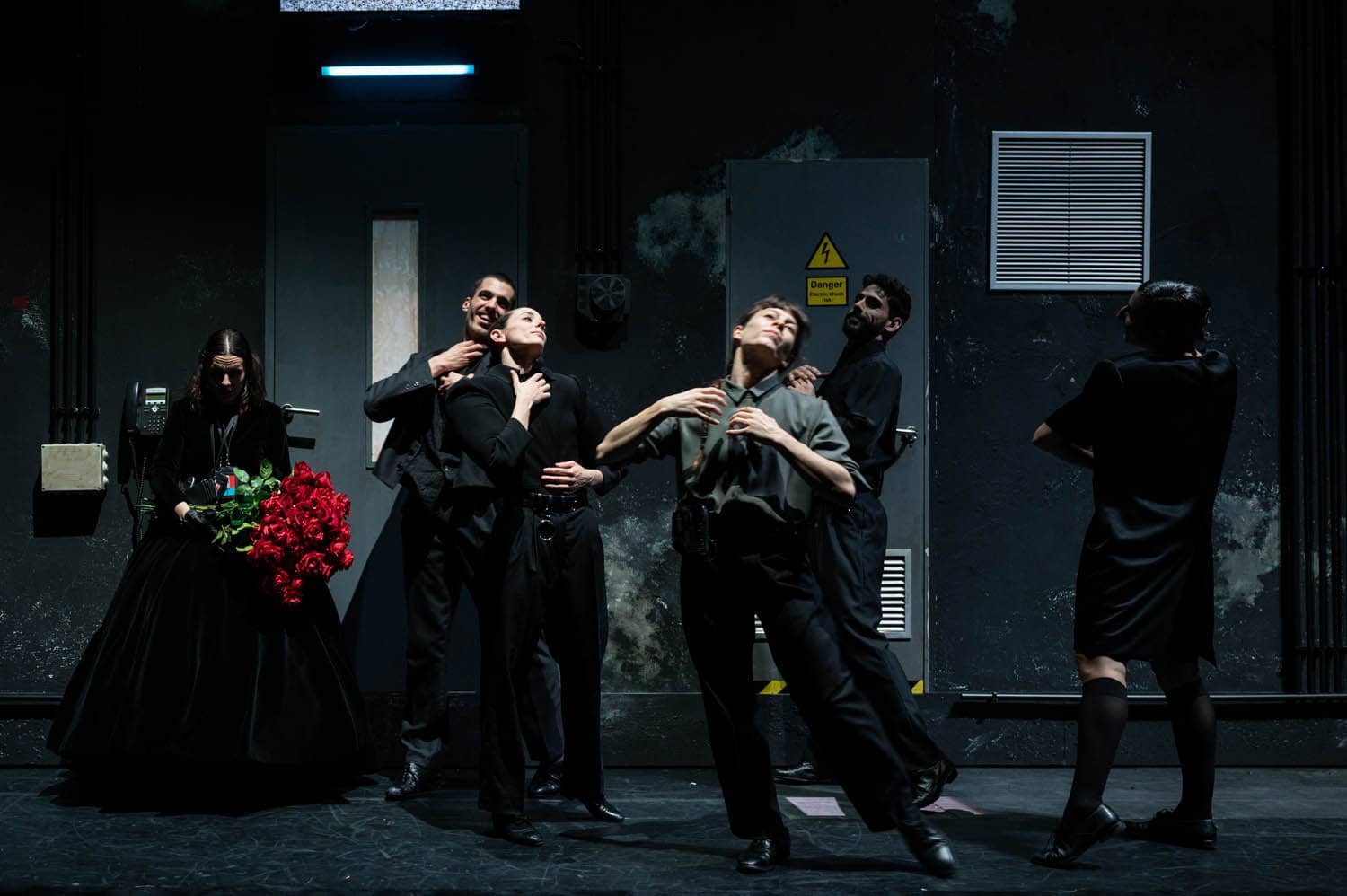 Who is Marcos Morau?

I rarely go to the theatre because I know that I will be told lies, but I go anyway because it is the only place I am warned that everything is a lie.
Bernard-Marie Koltès

La Veronal, a dance Company based in Barcelona internationally consecrated last year in the prestigious setting of the Palace of the Popes at the Avignon Festival, is the revelation of the European choreographic scene in recent years. Leading it is the choreographer Marcos Morau defined by the international press: “One of the most intelligent dancers (and choreographers) on the European scene in recent years” Time Out, “A great master” Tip Berlin, “Morau’s talent is a jewel to be discovered” Dance Europe.

Opening night is their latest show, a tribute to the world of theatre, to the magical brilliance of its lights, and also to its well-marked shadows, and of course, to its ghosts. From Cassavetes’ film, the show has borrowed the title, as well as the elegance of the dense backstage atmospheres, and pays homage to Gena Rowlands with an exciting opening monologue.
The show enhances the spaces of the theatre, pays tribute to its protagonists (to Pina Bausch and her Café Müller; to Sasha Waltz, to the Tilda Swinton of The Human Voice), in short, it declares its love for the theatre.

“I have a weakness for secret passages, shelves that open, hidden nooks, stairs that go up or down to an unknown place, doors ajar, windows veiled by a curtain, by a flickering light. An eerie sensation that these spaces are doors that allow my imagination to go through and get lost behind, like a child playing and constructing worlds at the foot of a tree, alone, oblivious to everything around them.
After years immersed in the world of theatre, I have decided to focus on the stage, on its inhabitants and mechanisms, on the mystery that radiates when everything starts up, until finally, one day it is the première.
The lights go out, the curtain rises and from the darkness and depth of the theatre a space lights up and, like a forest at night, the creatures, the sounds and a new law that governs the darkness and everything surrounding it awakens.
On stage, the situations and their characters are lost, in constant search for their place and their logic, trapped in a long corridor that leads all possibilities to infinity.
If living is going from one moment to another, from one place to another, the stage contains all the possibilities of becoming any possible show, all possible stories, while at the same time not being any of them.
I believe the stage and theatre is a space that we have invented to further our lives a little, which we use to rise a few centimetres above the ground and levitate, and I understand that despite everything, we never know whether the emptiness we went to fill is bigger or smaller than the one it leaves us with when finished.
Opening Night aims to be a beautiful tribute to theatre, its machinery, its shadows, and to the space and time that seeps through all its cracks like mercury.
Cracks that echo hundreds of pieces, of premières, cracks that I like to walk through, look at the spotlights through, the empty stands, the ropes that hold the curtains, the creaking wooden floor, the peeling walls and all that space that is capable of transforming and destroying itself.
It is often said that we never want something more than when we cannot have it, and it is now–in this increasingly literal and unified, volatile and fleeting world–that perhaps the most radical is the simplest, the most innocent: going through the door that takes us to that magical universe where laws, life and truth come into conflict and where, for a few moments, we are able to allow deception in, so we can feel safe.”
Marcos Morau

Who is Marcos Morau?