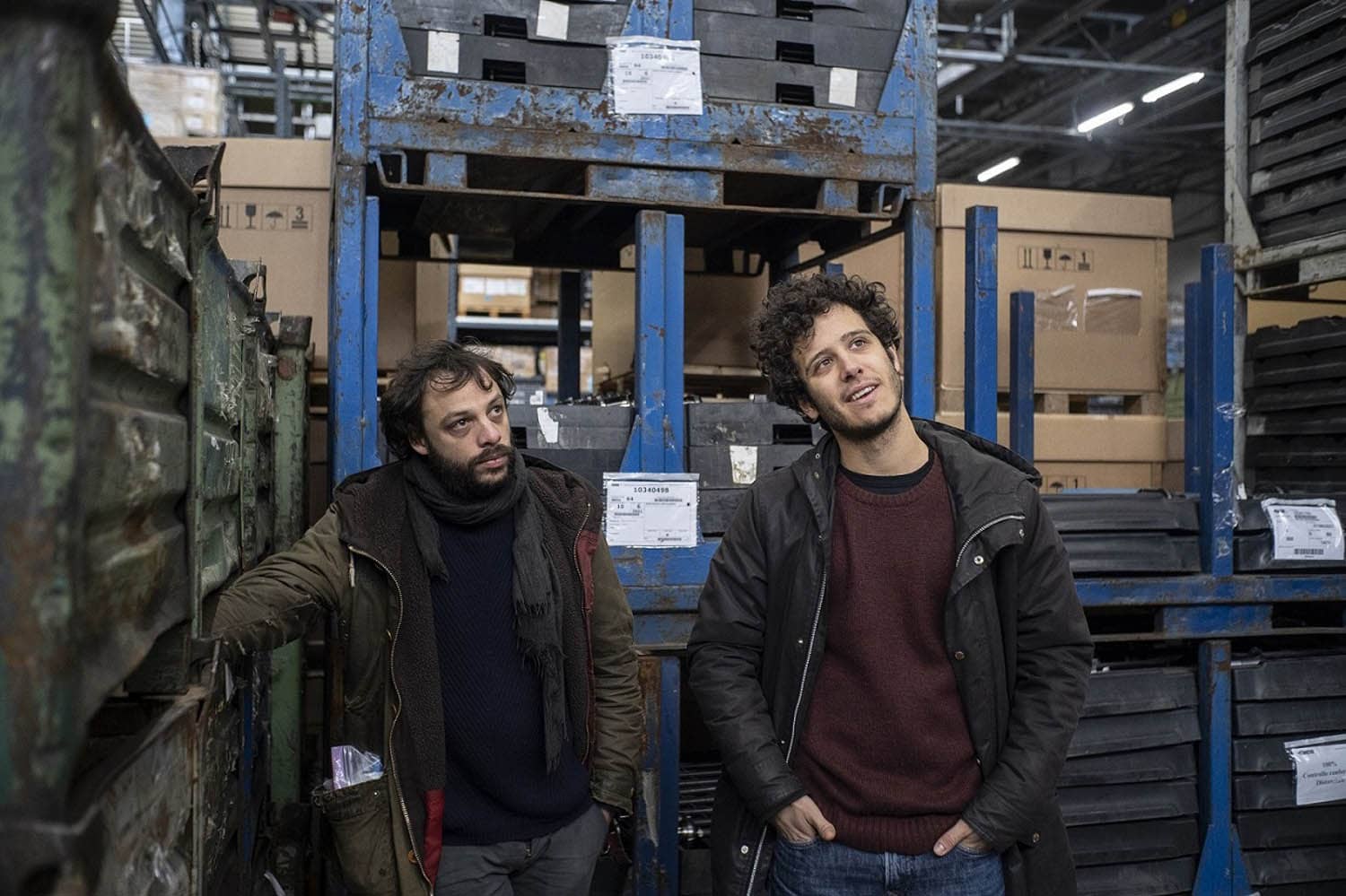 Kepler-452 was founded in 2015 in Bologna by Nicola Borghesi, Enrico Baraldi, Paola Aiello and, for the organization, by Michela Buscema first and then from 2021, by Roberta Grande.
Since its inception, the company has cultivated an ambition, a desire, an urgency: to open the doors of the theaters, to go out, to observe, through the lens of the scene, what is outside, in the unshakable belief that reality has an autonomous dramaturgical force, just waiting to be organized on stage.
The theatrical formats created by Kepler-452 range from the involvement on stage of non-professionals (or world-actors, as we prefer to call them) on the basis of their biographies, to theatrical reportages that transform investigations of the reality into performative moments, to the creation of audio-guided itineraries and other devices for interacting with urban space, up to the creation of the 20 30 Festival which, starting from 2014, brought hundreds of under 30s to the stage in an attempt to trace a generational fresco.
Starting from 2018, a production process begins with ERT / Teatro Nazionale which leads to the realization, in 2018, of Il giardino dei ciliegi – Tren’anni di felicità in comodato d’uso (The cherry Orchard – Thirty years of happiness on loan for use), winner of the 2018 Critics Network Award, in which the Chekhov’s text meets the story of an eviction that really happened in Italy in 2015; F. – Perdere le cose (F. – Losing things), which debuts at Vie Festival in 2019, and deals with the story of an undocumented migrant who, according to Italian law, cannot enter the scene; in 2022 Il Capitale – Un libro che ancora non abbiamo letto (Capital – A book that we have not yet read), in which the fundamental text of Marx is told through the voice and the bodies of a group of workers of the GKN of Florence, a company whose workers have been dismissed en masse with an email in July 2019.
For the Museo della Memoria of Ustica, in 2019, Kepler created É assurdo pensare che gi aerei volino (It is absurd to think that planes fly) which attempts to reconstruct the biographies of some of the victims of the accident that involved the DC-9 in 1980.
Since 2017, Kepler has produced several editions of Comizi d’amore, a participatory theater format that tells some communities on stage starting from the questions posed by Pasolini in his documentary of the same name. In 2021 Comizi d’amore is the opening show of FIBA, Festival Internacional de Buenos Aires, in a special remote edition, during the lockdown period.
Kepler also creates a long series of audio-guided tours entitled Lapsus Urbano, which explore urban spaces in an attempt to reverse the daily gaze on cities.
In the pandemic period, the company offers various “interstitial” formats, animated by the desire to dialogue with restrictions and not give up the possibility of theater at a time when this is apparently impossible: Lapsus Urbano // Il primo giorno possible, an audio-guided tour in where the distance between the spectators, together with the memory of what happened during the first lockdown, is the fundamental theme of the performance; Consegne – Spedizioni notturne per città deserte (Deliveries – Night expeditions to deserted cities) and Coprifuoco (Curfew), two pandemic theatrical experiments in which an actor disguised as a rider attempts a delivery to a spectator disguised as a receiver.
In 2020 Kepler won, for its path, the prize Gli asini, awarded by the magazine of the same name directed by Goffredo Fofi.
In May 2021 the company debuts with Gli Altri. Indagine sui nuovissimi Mostri, (The others. Survey on the brand new Monsters),dedicated to social and social hatred, dramaturgy by Riccardo Tabilio and Nicola Borghesi, who is also a solo interpreter.
In 2022 the company won the call Daily bread, in the frame of the project Stronger Peripheries, accessing a series of residences between Italy and Hungary.

VIE Festival focuses on contemporary creation with the aim of intercepting new identities in the field of live performance. It takes place annually in different cities in the Emilia-Romagna Region and is organized by Emilia Romagna ERT / National Theatre.
The path of VIE 22 winds through the different approaches and styles of the contemporary scene, both Italian and international.

VIE Festival focuses on contemporary creation with the aim of intercepting new identities in the field of live performance. It takes place annually in different cities in the Emilia-Romagna Region and is organized by Emilia Romagna Teatro ERT / National Theatre.
The path of VIE 22 winds through the different approaches and styles of the contemporary scene, both Italian and international.