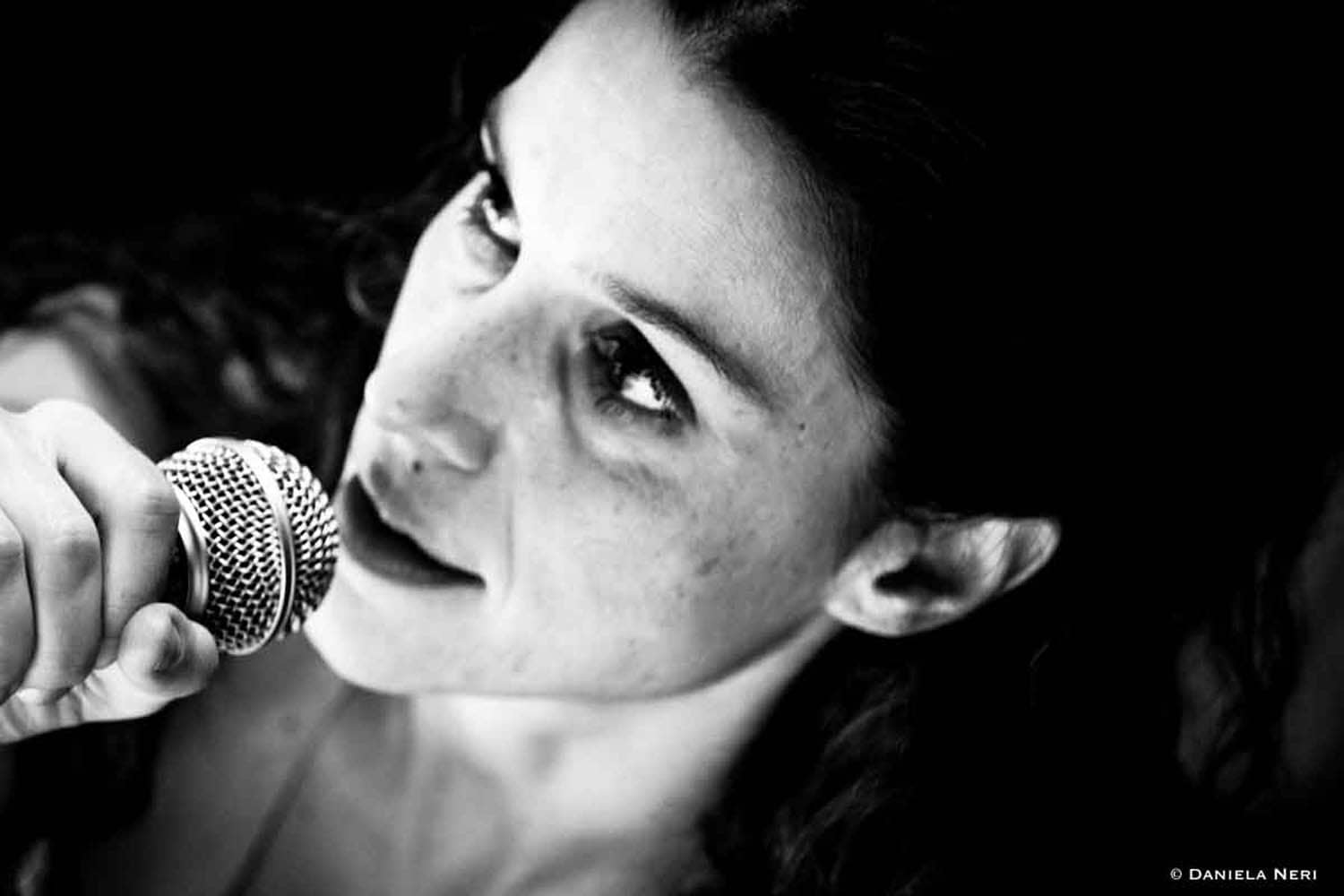 After the experience with L’IMPASTO Comunità Teatrale Nomade, Michela Lucenti (La Spezia, 1971) founded Balletto Civile in 2003, a nomadic artistic project animated by a strong ethical strain. The Balletto Civile shows have multiple inspirations, ranging from the often-irreverent reinterpretation of the great classics of Theater, Dance and Music(Stravinsky’s The Rite of Spring, Euripides’ Trojan Women, The Afternoon of the Faun, etc.), passing through the original dramaturgy by Italian authors (Alessandro Berti, Maurizio Camilli, Silvia Corsi, etc.) up to the staging of known foreign authors(The Secret Love Life of Ophelia by Steven Berkoff).
The CSS / Teatro Stabile d’Innovazione in Udine supports the company’s first years of work in residence; between 2005 and 2007 Michela Lucenti and Balletto Civile begins the collaboration with the theatre director Valter Malosti (with the support of the Teatro Stabile di Torino) creating the shows The Sound of Voice, Disco Pigs, Ecce Homo and Macbeth.
Ismael Ivo, director of the Dance Sector of the Venice Biennale, calls to his side Michela Lucenti in 2007 for the show Il mercato del corpo, and the following year he commissions a new show, Creatura (co-produced by Teatro Due Fondazione in Parma) which premieres in the 2008 edition of the Venice Biennale Festival Danza.
Since 2009 the company is in residence at the Teatro Due Fondazione, which sustaines the activity and research of Balletto Civile by supporting and hosting the shows produced and activating the Body-to-Body project, aimed at the formation and establishment of a new structure of the company.
In these years many highly successful shows are born, including How long is now, Il Sacro della Primavera and Non si uccidono così anche i cavalli (Horses are not killed like this), in collaboration with theatre director Gigi Dall’Aglio.
Since 2013, the Neukoellner Oper of Berlin has also supported Balletto Civile by producing and hosting in the German capital the shows Brennero Crash (2013), Pizzeria Anarchia (2015 – co-produced by the Musik Theater Tage Festival in Vienna, which hosted its debut), and supporting the new production of the Company in 2017.
Since 2015 Balletto Civile has undertaken an important artistic renewal, activating a “widespread” residence in Liguria, divided between the collaboration with the Teatro della Tosse of Genoa which, in addition to supporting and co-producing part of the artistic creation, has entrusted Michela Lucenti with the Artistic Direction of the Resistere e Creare Festival (Resist and Create Festival), the creative activity and daily research work in La Spezia, and the direction of the Fisiko! Festival at S.Stefano di Magra.
In May 2015, the show-event ORFEO RAVE (co-produced with the Teatro della Tosse), an artistic collaboration between Michela Lucenti and Emanuele Conte, made its debut at the Jean Nouvel pavilion of the Genoa sea fair. In the summer of 2016, she signs the Shakespearean diptych Before Break (inspired by The tempest) and Killing Desdemona (taken from Otello), making her debut at the Ravello Festival.
In the summer of 2017 the show Nell’aere / Inferno # 5 debuts at the Mittelfest Festival, and Bad Lambs at the Oriente Occidente Festival, awarded with the 2017 Dance and Dance Best Production Prize.
In autumn 2017 the show Beggar’s Opera debuts at the Neukoellner Opera in Berlin; in 2018, the shows Maestro and Margherita and Axto were produces in the frame of the collaboration with the Teatro della Tosse, both with the direction shared with Emanuele Conte.
In 2019 she signed the creation of the show Madre, and the following year she took care of the staging of the M.A.D. Museo Antropologico del Danzatore (M.A.D. Anthropological Museum of the Dancer). In February 2021 she collaborates as a choreographer with Mario Martone on the television version of La Traviata, broadcast in prime time on RAI TRE; in the summer, Figli di un Dio Ubriaco (Sons of a Drunk God) inspired by the Madrigals of Monteverdi makes its debut.
Michela Lucenti was a teacher of a Course in the History of Dance for the Faculty of Letters and Philosophy of Genoa in the academic years 2016/2020, and collaborates as a teacher in various realities including the Santa Cristina Training Center founded by Luca Ronconi, the of the Teatro Stabile of Turin, the Nico Pepe Academy of Udine, the National Dance Academy.
Numerous prizes have been awarded to her:
– 2021, Ivo Chiesa Award for Best Choreography
– 2020, Critical Network Award in the Dance and Images section for the show M.A.D. Museo Antropologico del Danzatore
– 2017, Danza & Danza Award as Best Production of the Year for the show Bad Lambs
– 2016, Hystrio Award Corpo a Corpo
– 2013, My Dream Award for the show Generale!
– 2012, ANCT National Critics Award to Michela Lucenti and Balletto Civile
– 2011, Roma Danza Award for the show Il Sacro della Primavera
– 2011, “Creole Prize”, European Project promoted by the Santa Chiara University of Siena
– 2010, ANCT National Critics Award for the staging of the show Col sole in fronte

VIE Festival focuses on contemporary creation with the aim of intercepting new identities in the field of live performance. It takes place annually in different cities in the Emilia-Romagna Region and is organized by Emilia Romagna ERT / National Theatre.
The path of VIE 22 winds through the different approaches and styles of the contemporary scene, both Italian and international.

VIE Festival focuses on contemporary creation with the aim of intercepting new identities in the field of live performance. It takes place annually in different cities in the Emilia-Romagna Region and is organized by Emilia Romagna Teatro ERT / National Theatre.
The path of VIE 22 winds through the different approaches and styles of the contemporary scene, both Italian and international.